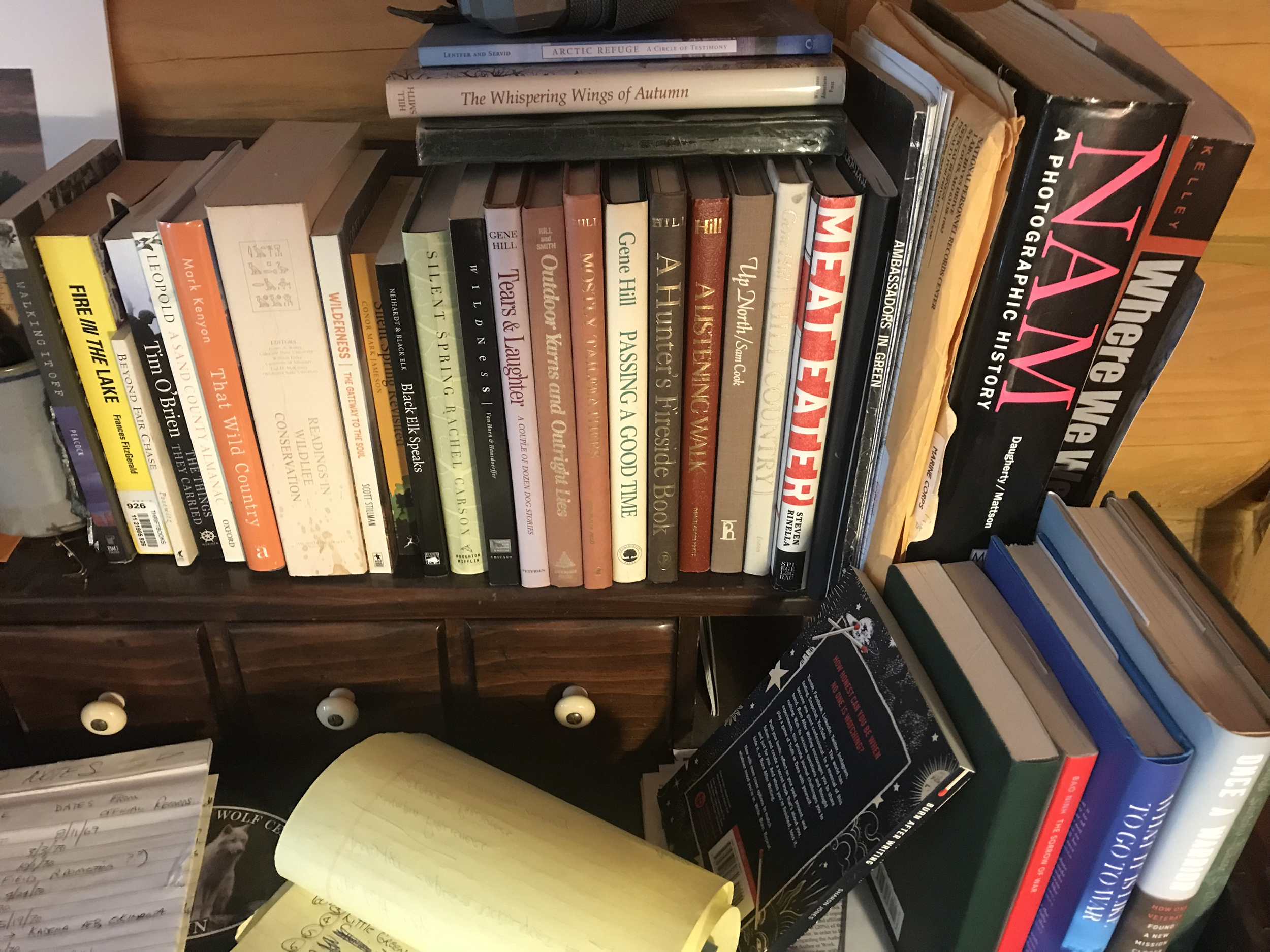 The Making of “Combat to Conservation”

The birth of an idea.

Over the years following Vietnam, I often thought about just jotting down some of my memories and thoughts about that whole experience as I grew older and life moved on. Mainly for myself, as I thought it might be good just to write it down on paper. I had read that it could be good therapy. No one would have to see it and yet it could be a mental and emotional release. Years go by and I attempted a couple times but never really stuck with it.

‍
So, in the fall of 2020 I slowly began to think about seriously writing a journal/memoir about not just the war but my journey up to and through that experience and how my life changed from it. Heather works and so I have lots of free alone time to pretty much do what I want. So, on days when the weather wasn’t the best to be outside, I would sit at my desk and just write about memories. Being, kind of old school I started writing on a yellow legal pad. At times during the day or even lying in bed, if I thought of something I would quickly put it in my notes on my phone. As I spent more time at the desk, it really started to flow and before I knew it, I was well into my journey through this crazy thing called “life”. I decided that it would be easier to write on my laptop so I ditched the legal pad. I started researching the places I knew I had been in-country and looking at maps of Vietnam and areas where the Marine Corps concentrated troops. Some of the places and memories that I had been dreaming about and thinking about for years and years became less haunting in a way. The more I wrote down, the easier it became. Life looks different to a 50 or 60-year-old than it did as a nineteen and twenty-year-old. I knew all along that nature was my escape and my refuge. So, I began trying to replace some of the bad memories with new good memories outside. Working in the conservation field was indeed a blessing.

As I got into it more, I started realizing that my issues were very common among lots of other veterans and law enforcement professionals and first responders, and on and on. Even more relevant after 911, Iraq and Afghanistan. At that point, I slowly began to think about sharing my journey with those others. Maybe, just maybe, my words and reflections from my slow healing process would help others understand and give them hope in dealing with their demons and nightmares from their own experiences. As I came to what I thought could be a good stopping point, I decided that maybe I would research a bit and see what it would take to actually publish this journey.
‍

That’s a whole other story for some other time.